It’s at polytechnics and colleges where businesses experiment with new technology, processes, and software. These institutions often put students to work on real-world business challenges.

Canada is at an innovation crossroads. Productivity measures have long lagged behind our international counterparts and, as a country of small businesses, our firms often lack the internal resources to fulfill their potential.

Polytechnics and colleges are their natural allies, supporting new product development, identifying process improvements, and sketching out new strategies. Given the economic impact of this work, it is more important than ever to ramp up institutional capacity to help businesses meet their innovation goals. This is where government has an opportunity to make impactful investments in innovation.

Two-thirds of Canadians work in companies with fewer than 100 employees, and though these employers are fundamental to Canada’s economy, the reality is that small businesses are often so focused on staying afloat that strategies to grow are secondary. In order to stay competitive, our economy demands that we find ways to encourage and support innovation behaviour among small- and mid-sized Canadian firms.

The first step is to recognize where the most innovative of these already go to find the facilities, equipment, and talent to boost their businesses. Canada’s colleges and polytechnics tend to fly under the radar as hubs of innovation and research and development. Yet, their campuses host some of the most cutting-edge facilities in applied research in Canada. They service sectors as diverse as aerospace, construction, film and television, advanced manufacturing, oil and gas, and agriculture.

It’s at polytechnics and colleges where businesses experiment with new technology, processes, and software. These institutions often put students to work on real-world business challenges. Employers who work with students are spurring more than business innovation, they are building their own pipeline of talent.

If the Canadian government wants to boost innovation outputs, there’s no better place to focus new dollars. Polytechnic and college research partnerships are almost exclusively funded through federal grants under the College and Community Innovation Program. But this program accounts for less than three per cent of the government’s spending on research at post-secondary institutions.

Canada can do better.

Even with relatively limited dollars, the economic impact of this program has been impressive. In 2017, colleges and polytechnics across Canada developed nearly 7,000 research partnerships with private, public and non-profit sector organizations, according to our research. These partnerships delivered more than 1,400 prototypes, 700 new products, 500 processes and 350 service improvements. More than 27,000 students were involved.

Frankly, this is the tip of an innovation iceberg.

Exposing more of this iceberg requires a stable, ongoing investment in the capacity of institutions to grow their research operations while maintaining the highest standards of research excellence. It means providing resources to reach out to organizations and firms that don’t come knocking of their own accord.

While Canada has the Research Support Fund to “maintain modern labs and equipment; provide access to up-to-date knowledge resources; provide research management; and administrative support and aid in knowledge transfer,” universities are the primary beneficiaries. (In rare occasions, a college may be able to access some funding if they are partnered with a university.) Colleges and polytechnics deserve similar support in recognition of their role in the innovation economy.

Such an investment would boost business innovation and growth, with beneficiaries in small towns and urban centres in every corner of Canada. Canadian businesses focused on innovation are businesses that grow, hire and thrive in a constantly shifting business environment. Ottawa could do more to foster this development.

Sarah Watts-Rynard is CEO of Polytechnics Canada, a national association of the country’s leading polytechnic institutions. Denise Amyot is the president and CEO of Colleges and Institutes Canada, the voice of Canada’s publicly supported colleges, institutes, CEGEPs, and polytechnics. 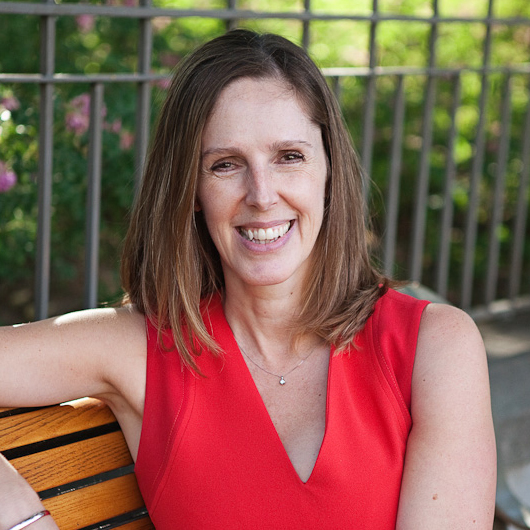 Sarah Watts-Rynard joined Polytechnics Canada as Chief Executive Officer in July 2018. Her background is in marketing communications, advocacy and non-profit management, including eight years focused on the important role tradespeople play in the Canadian economy. Sarah is Vice-Chair of the Canadian Centre for Women in Science, Engineering, Trades and Technology (WinSETT Centre) and sits on the Boards of the CWB Welding Foundation and the Canadian Club of Ottawa.