The SAIT business graduate had earned a degree in Thailand before she returned to Calgary to attend the polytechnic school.

She graduated in 2017 from the Southern Alberta Institute of Technology with a President’s medal, which recognizes outstanding student achievement.

“It was amazing, I really excelled at SAIT,” said Giyasova.

Giyasova graduated in 2017 with a Business Administration degree with a major in Accounting.

She was valedictorian and credits her success to small class sizes and more “one-on-one with your instructors.”

“I absolutely adored the fact that the instructor knew me by name,” said Giyasova.

She added her instructors were professionals in their field — previous Certified Public Accountants from audit firms and industry and “they weren’t just academia.”

“They were able to explain things from real-world situations and prepare us for the real world.”

That is one of the major selling points from tech and trades schools as Canadians emerge from the COVID-19 pandemic.

Sarah Watts-Rynard, CEO of Polytechnics Canada, said the schools have positioned students to enter the workforce with hands-on training.

“It’s really a matter of being able to apply what’s being learned in a way that industry would recognize as being experience,” said Watts-Rynard.

Watts-Rynard said employers often advise on curriculum and have indicated that there’s “incredible value in a smooth school to work transition.”

Eleven polytechnic schools across the country have launched a campaign called Purpose Applied to highlight the hands-on, applied learning and the high-demand jobs students may find after they graduate.

This past summer, Leger was commissioned to ask Canadians their perceptions of tech and trades schools.

Once considered second best to other colleges and universities, the Leger survey showed polytechnic schools are now a top contender.

Once considered second best to other colleges and universities, the Leger survey showed polytechnic schools are now a top contender.

Having work placement as part of the program was what lured Desmand King to BCIT, British Columbia Institute of Technology.

King, 42, already had a job as a professional driver but the pandemic forced him to make a U-turn in his career.

“This is my opportunity to actually get my foot in the door at a company and get some experience,” said King, “get my name out there.”

King said he took night classes while holding down his day job but decided to take the plunge for full-time schooling. He is currently in his first year of the two-year Digital Design and Development program.

He called the hands-on experience with up-to-date technology invaluable.

“I’ve always been fascinated with tech and computing and I’ve always had this dream to work in the tech field, especially video games. That’s actually my interest.”

King said the field “blew up” over the pandemic as more people stayed home and had time to invest in gaming.

“I’m excited for the prospects when I’m done school.”

“The world is changing too quickly,” added Watts-Rynard. “Those are engagements that happen best when you’re talking to somebody who is heavily engaged with the challenges industry is facing today.”

After Giyasova graduated she worked as an auditor at KPMG for three and a half years, before switching her current job.

She is now a senior analyst in corporate accounting at Enbridge.

Even if tech schools have had to pivot to online learning, Giyasova said she thinks smaller class sizes still make a huge difference.

“You can still reach out to your teacher after a class even if it’s online, by email and they will still be able to help you. 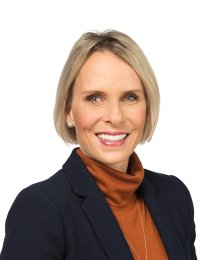 Kendra Slugoski is a seasoned journalist at Global Edmonton, most recently shifting from daily reporting to covering the Family Matters beat in 2021. Kendra completed her diploma at Assiniboine Community College and started her broadcasting journey in Brandon, MB at the local news station (CKX) before moving to a reporter position at Global Saskatoon. She then moved to Calgary, where she worked for a few years before deciding to take a year off to travel. During her year abroad she visited Australia, Thailand, Vietnam and Cambodia. Kendra is passionate about telling a compelling story. After two decades in journalism, it still amazes her how people open up their lives and share their personal experiences.